An exciting development in motor sport starting in September this year.

Have you been following the press releases about the new Formula E series?  This new all electric race series kicks off this year with pre-season testing in July at Donington Park race circuit.  The inaugural series takes place over a total of 10 rounds and they are all staged in major cities around the world, kicking off in Beijing on 13th September.  All 10 rounds will be street races, and the whole event; practice, qualifying and the race itself will be completed on the same day in order to minimise disruption in the cities involved, and to keep costs down.  The final round will be in London on 27 June 2015.

This is without any doubt going to be an exciting race series to watch from a number of aspects.  Concerning the cars and drivers, the formula has been designed with plenty of overtaking possible so plenty of action.  Concerning the technology, generally what develops in racing eventually finds its way into road cars.  Power trains, energy recovery, and battery technology are sure to be candidates in this respect, and I would hope that a truly viable electric road car may soon be able to benefit from developments in electric racing technology.  One only has to look at ABS, traction control, electronic stability programmes, lubricant technology, suspensions systems …. the list goes on, to see that this spin off must happen if this race series is successful.

The Formula-E website is here  and has full details of the specifications, race venues etc.

For the inaugural season, all teams will be using the same base car.  It’s the Spark-Renault SRT_01E and you can view photographs of it here together with more facts and figures.  The car is built by French company, Spark Racing Technology with components provided by a consortium of manufacturers including chassis by Dallara, drive train and electronics by McLaren, and batteries by Williams F1.  For future seasons, the teams will be able to develop their own cars and technologies within the FIA specifications.

The drive train is limited to a maximum of 200kW/270hp.  The full amount is available for practice and qualifying, but the output is limited to 133kW/180hp during the race, except for a limited number of short time boosts to full output to facilitate overtaking.  This doesn’t sound like a lot, but full torque is available to the driver from standstill to full speed.

Each team has two drivers and a total of 4 cars; two per driver.

Drivers get a one hour practice session and can use both cars if they wish.  Practice is followed by a 90 minute qualifying session with drivers going out in groups of 5 cars.  Only one car is available to each driver during qualifying.  The fastest driver in qualifying gets 3 points.  Full power of 200kW is available for both practice and qualifying.

The race is run for approximately one hour.  Drivers must make a mandatory pit stop and change cars.  Power output is limited to 133kW, but the boost button is enabled to provide short burst of full power of 200kW.

Points are awarded per the FIA points system, but the driver posting the fastest lap during the race is awarded an additional 2 points.

As of the date of this blog, only 2 drivers have been signed so far.  Lucas di Grassi and Daniel Abt for the Audi Sport Abt team.

Upgrading your brakes? – You’ll need to bed the pads for optimum performance and maybe also your discs

I feel sure that one of the first jobs you will want to complete on your track day car is ... 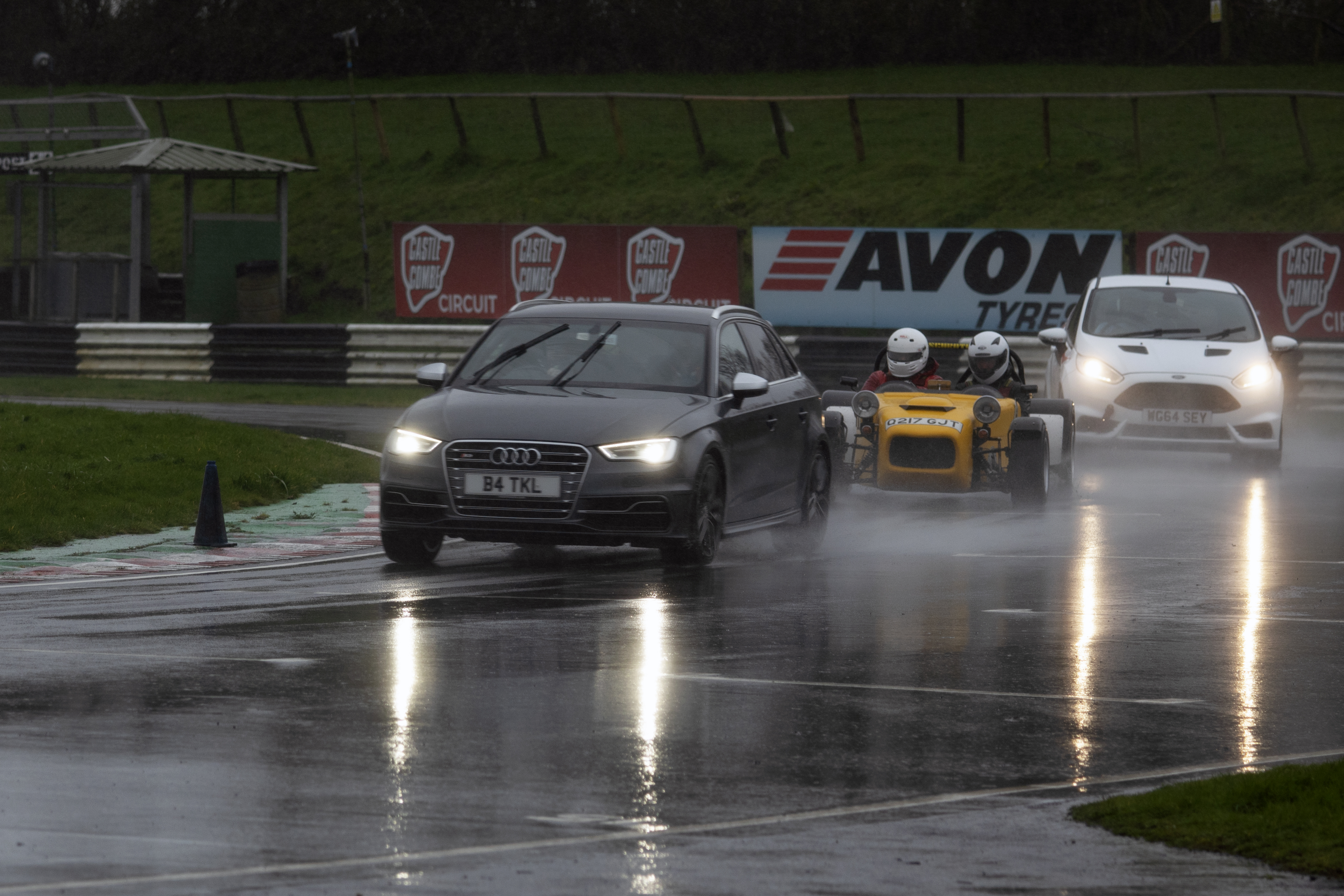 Here is a selection of photos from our “Storm Dennis” track day on 15th February at Castle Combe. I wasn’t ...

Here is a selection of photos from our track day at Castle Combe on 10th August. See the full set ...

Read MoreRead More
We use cookies on our website to give you the most relevant experience by remembering your preferences and repeat visits. By clicking “Accept All”, you consent to the use of ALL the cookies. However, you may visit "Cookie Settings" to provide a controlled consent.
Cookie SettingsAccept All
Manage consent

This website uses cookies to improve your experience while you navigate through the website. Out of these, the cookies that are categorized as necessary are stored on your browser as they are essential for the working of basic functionalities of the website. We also use third-party cookies that help us analyze and understand how you use this website. These cookies will be stored in your browser only with your consent. You also have the option to opt-out of these cookies. But opting out of some of these cookies may affect your browsing experience.
Necessary Always Enabled
Necessary cookies are absolutely essential for the website to function properly. These cookies ensure basic functionalities and security features of the website, anonymously.
Functional
Functional cookies help to perform certain functionalities like sharing the content of the website on social media platforms, collect feedbacks, and other third-party features.
Performance
Performance cookies are used to understand and analyze the key performance indexes of the website which helps in delivering a better user experience for the visitors.
Analytics
Analytical cookies are used to understand how visitors interact with the website. These cookies help provide information on metrics the number of visitors, bounce rate, traffic source, etc.
Advertisement
Advertisement cookies are used to provide visitors with relevant ads and marketing campaigns. These cookies track visitors across websites and collect information to provide customized ads.
Others
Other uncategorized cookies are those that are being analyzed and have not been classified into a category as yet.
SAVE & ACCEPT